Kourosh Yaghmaei and his brothers Kamran and Kambiz were amongst the few inspired Iranian musicians determined to change Tehran’s musical landscape in the late 60’s and early 70’s. The trio, armed with rented, second-hand instruments and records by The Ventures, The Kinks, The Doors, merged Western garage rock, psychedelia and Iranian folkloric music to create a sound unlike anything that came before them. Later, inspired by the unlikely duo of Elton John and James Taylor, Kourosh’s music took a sophisticated turn, and he churned out funky, progressive rock that is as imminently enjoyable as it is impossible to categorize.

His star on the rise was knocked off course by the Revolution, and its backdrop of Islamic fundamentalists burning record companies and harassing musicians. But while most Pre-Revolution musicians – including his brothers – fled Iran in 1979, Kourosh stayed, loyal to the country of his birth. He has suffered a performance and recording ban for twenty-two out of the last thirty-two years. Yet he remains stoic and resolved to continue bolstering Iranian musical tradition. 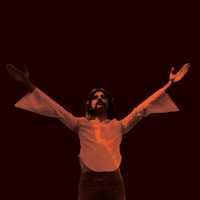 Decades later, Kourosh presents a long-lost collection of music, previously banned by his Iranian government, and recorded during a period when the country was undergoing revolutionary upheaval and change. The title of the album is Malek Jamshid, it will be released on compact disc via Now Again Records, and of the record Kourosh had this to say:

“People in Iran know me as the master, the pioneer and the king of modern and rock music, but to protest against this cultural deletion, thiscensorship, and the physical and mental tortures the government brings upon me, I am forced to decide not to release my works in my own  homeland, for an unknown amount of time to come. This doesn’t mean I will stop working, and I will have a new album every a few years ready to present to my country. In the end I must point that I only write these words to let the world know about this catastrophe, not to attract sympathy of others, which I hate. I
believe in an unjust battle, to stand tall is better than to surrender.”